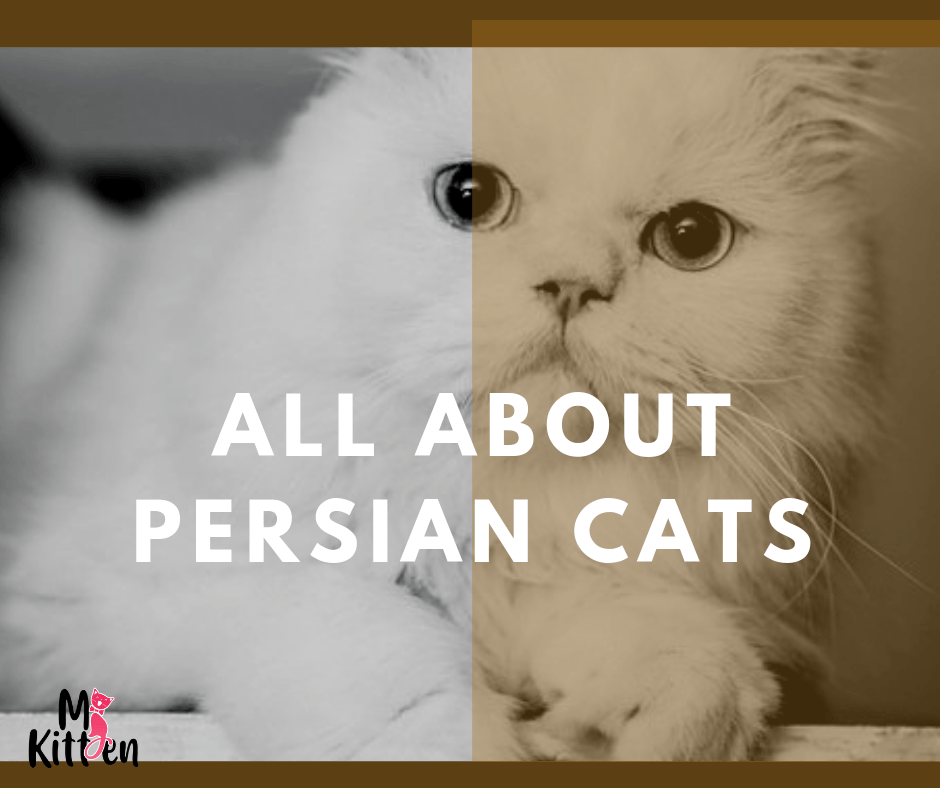 Can you imagine dolls like faces with big sea-green eyes and long furs in real but they are real when you see a Persian cat with a fluffy body!!

Yes, they look alike dolls and are the cutest breed of the kind. These cats are known for their glamorous appearance and need a good amount of attention for grooming them as compared to another breed.

Persian cats for its long-haired and round face with short muzzle it is also known as the Persian Longhair in the English-speaking countries. In the Middle East region, they are widely known as Iranian cats and in Iran, they are known as Shirazi cat (named after the 5th most populous city of Iran which is Persia).

The first documented ancestors of the Persian were imported into Italy from Iran (historically known as Persia) around 1620. The exact history of the Persian cat does seem to be a bit of a mystery but many of these long-haired cats were seen in hieroglyphics.

The story has it that these long-haired cats were then imported into Europe as their popularity grew and breeding took place in Italy and France. The Persian cat was first presented at the world’s first organized cat show in 1871 in London, England, before making its way to the United States of America in the early 1900s.

They aren’t very playful or active or talkative but are very sturdy breeds. These cats can adjust to any situation if it’s free from any disturbances. They are calm-compose, prefer

more attention, or social and peace-loving. Also, they find a place to escape from the daily routine of their owners’ lives. Persian cats, being friendly in nature, make special bonds between other cats, dogs and owners, and even children too.

If you wish to buy Persian cats, the best suggestion would be to keep them indoors as they are well-groomed and cleaned daily, and also some may not bear hot weather.

According to their physical level and small fluffy structure, they are not able to fight for dangers so they are mostly kept away from the chaos.

They prove to be lazier and can sleep more than normal cats. Another most distinguishing feature about them is they do not like to jump or hop like other cats.

Here is the video to help you know about Persian cats facts.

Persians are small to medium-sized cats. They can weigh 7 to 12 pounds. Because of their stature they are called Brachycephalic, or short and flat, face structure.

Having the face of this unique shape makes it difficult for them to pick up their food and eat it. Thus to pick up its food, a Persian cat uses the underside of its tongue.

They come in 200 variant colors, ranging from white to smoke to tri-colored markings. They have a very distinctive appearance with a large round head, large round eyes, a short nose, full cheeks, small ears with rounded tips. The big head is supported by a short thick neck and a masculine body these features collectively resemble ‘cobby’.

Also, there are short, thick, and strong with large, round, firm paws. The tail is short but proportional to the length of the cat’s body. There is also a shorthaired version of the Persian, known as the Exotic.

It’s not easy to groom a cat. Moreover, Persian cats require more care than normal cats, they already look rich and only proper care and time will give them more glow and shine to their hair.

For a Persian kitten, more care and attention is needed. Remember to use only kitten formula, which is available at veterinarian clinics and pet stores.

The canister has specific feeding instructions and amounts. By 6 weeks of age, your kitten can start eating soft canned food along with milk. By 10 weeks of age, the kitten will be able to eat kitten food (hard or soft) and can be weaned off milk to drinking water.

Due to their stubby noses, they might respire pathogens which might affect their respiratory system. Normal cats have an extra defensive layer in their noses that help keep bacteria and other pathogens away, but Persians lack this defense. Provide booster vaccinations against cat flu.

Another common disease of Persians is Hypertrophic Cardiomyopathy (heart disease). This disease thickens the heart wall then impairs the heart’s ability to pump blood around the body.

Luckily, there are drugs such as diuretics and ACE inhibitors that can decrease the workload on the heart and increase longevity. But before any medication, look for any such symptoms and visit your vet.

Some common signs of heart disease are:

Current studies show genetically inheritable kidney disease in Persian cats which can be easily detected by your vet with ultrasonography.

Also Read: How To Check Cat For Worms

Common symptoms of kidney disease are:

Other than the mentioned diseases Persian cats have a higher incidence of the following conditions:

If you consider getting a Persian, please check: https://mykitten.in/

Spending more time with a cute little thing can be very pleasant. As with raising any pet, challenges will come and go, and you can face them with a little tolerance it will help grow more patience in you.