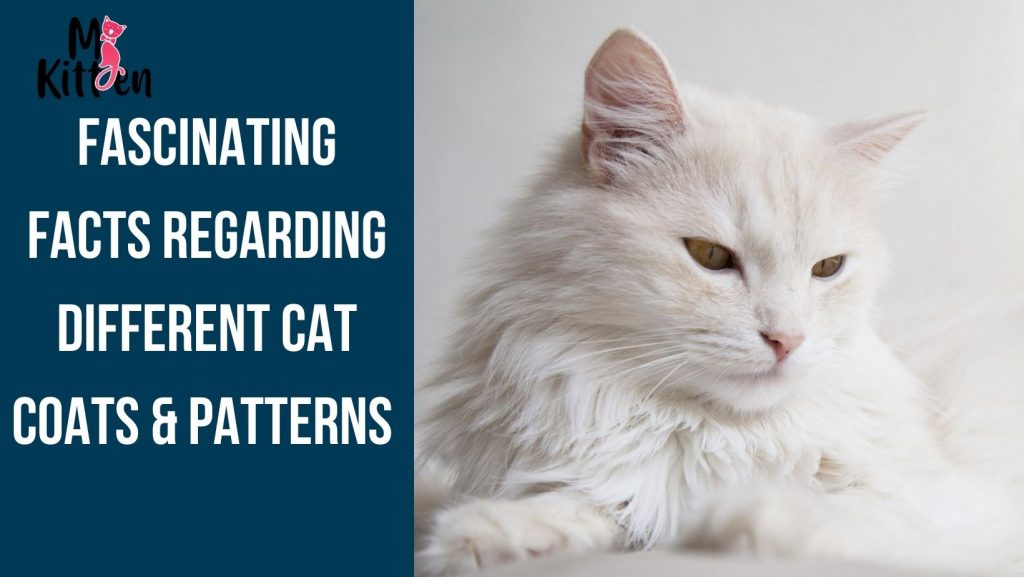 Did you know that the fictional cat Garfield whom we all adored during our mellow childhood days was actually a red tabby Exotic Short hair? But as baffling as “red tabby Exotic Short hair” might sound, it is a cat’s distinct coat colour, pattern and fur length that makes each and every little feline so magnificently stunning and charming. These little furballs have the most eclectic and diversified range of coat colours and patterns that not only sets them apart from each other, but also speaks volumes about their demeanour
in general.

It is really exciting for all the feline admirers, ailurophiles and potential cat parents to learn and acquaint themselves with the various different types of colours and coats that a cat comes in. Genetic mutations or selective breeding are primarily the major reasons of each kitty having the most resplendent and beautiful coat patterns, but however in case you are bewildered between the adorable calicos or the cute as a button torties, the opulent bi-colours or the wonderful tabbies and amongst several other kitty’s coat colour prints, well then fret not as we are here to your rescue. We’ll help you recognise and classify these gorgeous felines, and by the end of this blog, you would undoubtedly be flaunting your newly acquired “cat” expertise by distinguishing amongst the differently patterned cattos.

The main cat coat colours are

However the above variations amongst the cat coats are solely the physical properties and should hence not be confused with cat breeds. A cat might also have the coat of a certain breed even though she might not be of that breed. Nevertheless let us delve into the nitty-gritty details of some of the above mentioned cat coat patterns.

A cat that has a single coloured coat evenly distributed all over her body is the one with a solid coat pattern. There are primarily four basic solid or self – colours in cats namely black, red (orange), cinnamon and chocolate. White however is considered as an absence of colour rather than a colour, per se. Also when a kitten is really young, it might have a few tiny patches of a secondary colour, but as the kitty matures, the odd fur colour fades away and the cat’s coat pattern becomes solid coloured all over. Furthermore, it is interesting to note that the same colours are referred to by different names in different breeds, and even if the same breed, the colour might have different names depending on which country the cat is from. If a cat possesses any other coloured splotch on her coat, she is not regarded as a solid coat type.

-The most common and widely prevalent coat type in cats is the Tabby coat pattern. This coat has four variations that are succinctly explained below.
Striped (Mackerel) Tabby –
– A striped or a mackerel tabby has vertical stripes that run from his spine to his belly. Their stripes appear like narrow fish bones which may break up into spots or bars.
Spotted Tabby
– As the name suggests, a spotted tabby has stripes that break into spots that may be arranged horizontally or vertically. These spots are primarily caused by modification of the mackerel stripes.

– A classic tabby has a swirly pattern on its coat that creates a beautiful marbled effect. The classic tabby pattern comprises of whorls, wide bands and dark-colored spirals on pale background that generally has an oyster pattern on flank or has bulls-eye. These marbled tabby cats are extremely common in Great Britain, Iran and in lands that were erstwhile under the British and the
Persian Empire.
Ticked ( Agouti) Tabby –
– The ticked tabby cats usually have striped legs and tail, albeit the rest of the body appears mottled by virtue of their agouti hair. Agouti hair is when each individual hair strand possesses more than one colour, that is generally black with an orangish / reddish brown.

Torbie is a female kitty who is a mix of a Tabby and a Tortoiseshell. Torbie cats have unique and distinct markings of both the coat patterns.

Male tortoiseshell are extremely rare but can occur by way of certain chromosomal abnormalities such as Klinefelter syndrome, by a phenomenon namely chimerism wherein two early stage embryos are fused into a single kitten or also by mosaicism.

Calico / tri-color Coat Pattern The adorable Calicos are known as mi-ke that means “triple fur in Japanese and lapjeskat that in Dutch, refers to a “patched cat”. Also as the name elucidates, the tricolor coat pattern is a mix of white, black and red (that is
orange/ ginger), or the subtle versions of blue and cream. A calico has large amounts of white with well defined patches of cream/red and blue/black coloured fur. However with intermediate amounts of white, a feline may even exude a tortie pattern, a calico pattern or something in between, that primarily depends on various epigenetic factors.

The colour point coat pattern is primarily caused by virtue of a temperature sensitive mutation in one of the enzymes of metabolic pathway, such as the melanin, and hence almost little to no pigment is produced except in case of extremities or at points wherein the skin is slightly cooler. The colour pointed cats therefore darken with age as their body temperature drops, and the coolest part of the cat’s body becomes darker in colour.

Well we have succinctly illuminated on the various fascinating cat coat patterns, and this blog is a must read for all the feline enthusiasts and the ailurophiles, or simply for newbie cat parents who need help in identifying their cats.
However should you still have any further questions regarding your beloved queen cat, or in case you wish to get your own majestic furbaby, please feel free to contact us at +91-9168880648.